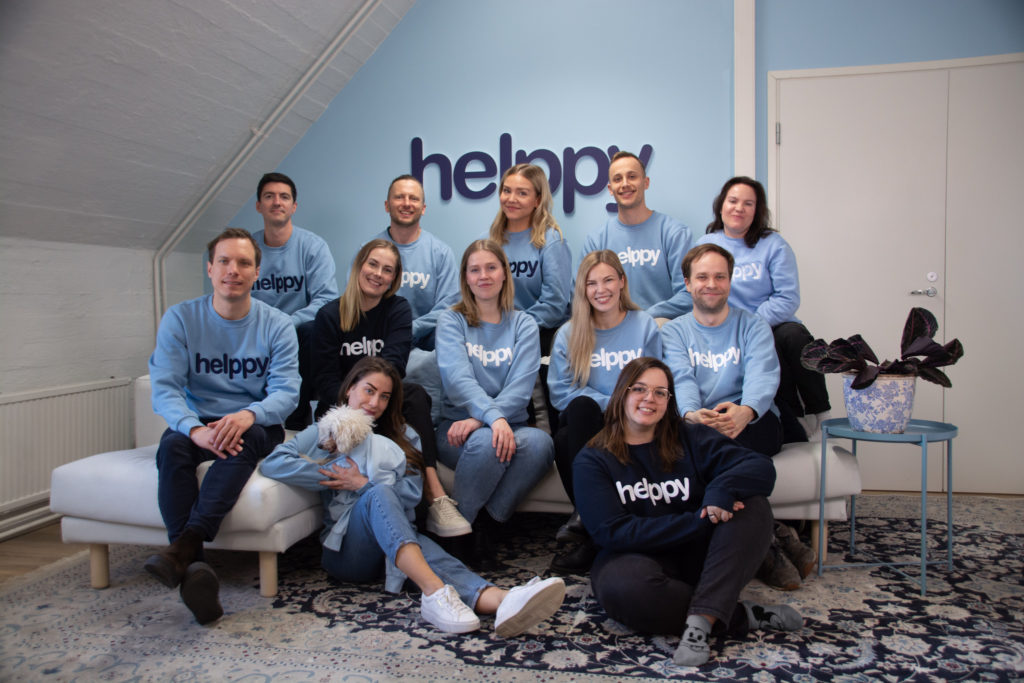 Helppy has developed a neighborhood care model, empowered by tech, as a new alternative to elderly home care. The model, utilizing platform logistics, allows for more personal care, full transparency and higher productivity than the traditional route-based shift worker model. The company has proven its concept in Finland and is now expanding its operations to multiple European countries.

The €3M seed round was led by Alliance Venture, a Nordic venture capital firm with offices in Oslo, Stockholm and Palo Alto, that has previously invested in unicorn-valued online grocery company Oda.

“We’re building the next-generation model of home care. With our model, you will get named ‘helppers’ or nurses, know who visits, know their backgrounds, get visit notes and be able to communicate with them. Using tech to make it personal and trustworthy – at the same price or lower than home care in general.” says Richard Nordström, Founder & CEO of Helppy.

“We believe that our type of model will be adopted by a significant part of the home care market in the next few years, and help solve the ongoing nurse shortage. We’re seeing this happening already in the US, but now also emerging in Europe. The home care market only in Europe is worth over €100billion and growing 8% annually. With the new funding we’re launching operations now in several markets in Central Europe ”, he continues.

“Helppy has completely redesigned the home care model, allowing them to provide better care and better experience for all parties involved. Their model is unique and can solve many of the problems the ageing population in Europe faces from nurse shortage to the rising demand for care services ”, says Anders Hallin, Partner of Alliance VC.

Hallin has been involved with startups for over 20 years before starting his career as a VC. Having also been an early team member at many success stories such as Skype, he brings valuable additional know-how to Helppy’s investor team. Pre-seed investors Icebreaker.vc, Johannes Schildt, the Co-Founder and CEO of Kry/Livi and Elias Aalto, the Co-Founder of Wolt, also participated in the round and continued to back Helppy.

“Helppy’s team has succeeded in developing technology that revolutionizes the quality of the care for the customer. Coming from Finland and having proven their concept in the world’s most developed care market, we see that Helppy can make a real impact on the elderly care system in Europe”, says Riku Seppälä, a Founding Partner of Icebreaker.vc.

“Traditionally, the caregivers and service providers are like a black box to family members. It’s a big competitive advantage to create a meaningful, trustworthy and transparent relationship with family members”, says Elias Aalto, who both led the development of Wolt’s user experience and co-founded the company.

“Helppy innovates elderly care by using technology to make it more continuous, personal and tailored to each individual’s needs. We need great teams who develop our welfare services and Helppy injects innovation into this much-needed part of healthcare, elderly care”, says Johannes Schildt, the Co-Founder of Kry.

Alongside the investment, Helppy strengthens its team by naming the former Swappie Head of DACH region Lauri Tevilin to head the expansion in Europe.