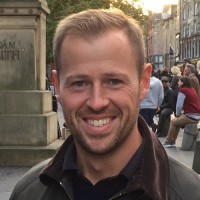 Sweden’s buy now pay later service provider Treyd is preparing for its growth and expansion after receiving 10.5 million dollars in its latest Series A round backed by Zenith Venture Capital, J12, Njord Ventures, DHS Ventures along with a few major angel investors including Tetra Pak heir Magnus Rausing. Nordic venture capital firm Nineyards Equity led the round and Antler reinvested in the startup.

Treyd lets D2C and B2B brands free capital locked up in supply chains so they can spend more on promo, talent and inventory. With the new funding, the Stockholm-based company has already started to expand in UK by opening a shop there and now sets its eyes to explore new markets across the rest of Europe.

Treyd is expanding in Europe

Founded by Peter Beckman and Sameh El-Ansary in 2019, Treyd is based in Stockholm, Sweden, and Cairo, Egypt. The founding team has experience both from building companies and from international trade. The D2C and B2B company is backed by a global VC and a number of angel investors who share its vision. To date, they have received a total of $12M in funding.

“We have proven that B2B pay-later works in Sweden, and this round allows us to take that idea to the world. Treyd will be able to free up capital and create new opportunities for thousands instead of hundreds of companies,” said Peter Beckman, CEO and co-founder, Treyd.

“Peter, Sameh and a stellar supporting team have pioneered B2B pay-later in Sweden, the home country of BNPL for consumers, and aim to take their model global with this latest fundraise,” said Teddy Himler, partner, Antler. “The Treyd team’s deep understanding of SME finance with real-time data analysis and strategy makes them a category leader in this burgeoning sector.”