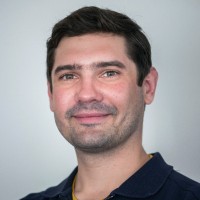 Dutch developer of imagining device QDI Systems has raised €1.3M from Finnish VC firm Maki.vc and Carduso Capital from the Netherlands. The startup designs quantum dot-based medical imaging devices. Its technology provides high resolution while attaining medical information at reduced radiation doses. The company will use the funding to focus on the development of its technology. QDI is expecting to make an impact on imaging process with its technology which is good for patients’ sake and establishing diagnosis.

QDI Systems from Groningen, the Netherlands, receives a €1.3 million investment from the Nordic seed fund Maki.vc and Carduso Capital. QDI Systems is the first initiative worldwide that is able to demonstrate the added value of quantum dots for X-ray examinations.

QDI Systems from the Netherlands has developed a technology based on ultra-modern nanomaterial: quantum dots. This material converts photons into electronic signals in a highly effective way. When quantum dots are used for X-ray examinations, they are able to create a higher image quality at lower radiation doses. The technology is expected to have a huge impact on procedures like mammogram screening and diagnostics.

“When you use a high dose, the image quality gets better. But because radiation is also bad for the body, this is a difficult trade-off. Our quantum dot technology makes it possible to create X-ray views of higher image quality, but with a lower dose of X-rays. It’s better for the patient and better for the diagnosis”, says founder Dr. Artem Shulga.

Maki.vc (Finland), and Carduso Capital (Netherlands) have now invested €1.3 million in total in QDI Systems: “With this investment, QDI Systems will be ready for the next step of further developing the technology and bringing it to the market,” says Shulga, who holds a PhD in quantum dots, and founded QDI Systems in 2019.

Carduso Capital and RuG Ventures already made an investment in QDI Systems in May 2021. With the first round of investment, the company was able to set up its first laboratory, strengthen its patents and complete its R&D team.

“We saw the potential of quantum dot technology at an early phase and we had complete confidence in the team. With this new investment, QDI Systems will enter its next phase” says Koos Koops, Partner at Carduso Capital.

The potential of quantum dot technology was also noted outside the Netherlands, by the Finnish deep tech investor Maki.vc:

“QDI’s solution is a textbook example of a breakthrough technology with multiple benefits – better imaging quality with lower radiation doses while simplifying production process and using less toxic materials. Although the company is still in its early days, it has already generated impressive traction and feedback from large industrial companies, some of which have stated that this is the best new tech they have seen in ten years”, says Maki.vc’s Partner Paavo Räisänen.

QDI’s quantum dot approach has attracted the interest of prominent industry players such as Teledyne DALSA, a manufacturer of low-dose dynamic digital X-ray detectors. Their products are primarily used in real-time medical healthcare applications such as Surgery and Extra Oral Dental.

Thorsten Achterkirchen, General Manager at Teledyne DALSA, says that “As a leader in this field, we’re always interested in new techniques that offer the lowest possible dose for the patient, while delivering the highest possible image quality to the healthcare professional. We are very much interested in validating the QDI approach.“